Interest in the 60s seems to come in waves. Anna Halprin, Yvonne Rainer, Steve Paxton, Lucinda Childs, Trisha Brown—these are artists associated with that glorious decade who have never stopped working. At the moment they all are very active, and I can just feel that 60s wave of influence come rolling in. Dance artists of that decade taught us about collaboration, non-conventional structures, and cutting down the theatrics of heroism to the human scale. Below are some of the recent and upcoming events showing the work of these artists. 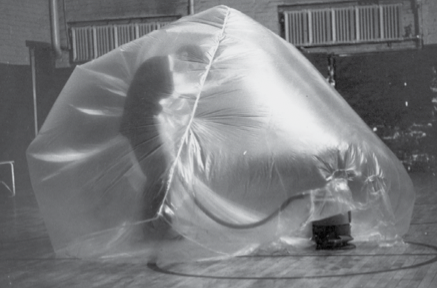 Steve Paxton in Music for Word Words 1963, a precursor to Physical Things at Nine Evenings, photo by Al Giese

• In SoHo, Cathy Weis has set up “Sundays on Broadway,”  a series that shows documentary films about the notorious “Nine Evenings: Theater and Engineering” in 1966. These have included fascinating screenings and discussions, led by Julie Martin, on John Cage, Robert Rauschenberg, Yvonne Rainer, and Steve Paxton. (I helped moderate the discussion on the Rainer piece.) The Oct 5 episode focuses on Robert Whitman, who created interdisciplinary pieces that were a cross between theater and happenings. Among his performers were dancers like Simone Forti and Lucinda Childs. Some of the films shown are available through ArtPix DVDs. 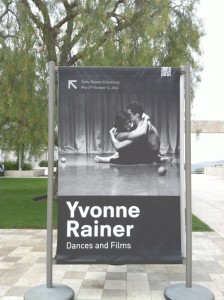 • This week in L. A. a work in progress by Yvonne Rainer titled The Concept of Dust, or How do you look when there’s nothing left to move? is being performed at the Getty Center, co-commissioned with Performa, It’s paired with last year’s Assisted Living: Do You Have Any Money? (2013). Both combine Rainer’s austere yet humorous juxtapositions of movement material with texts drawn from many sources. These performances, Oct 3–4, come at the tail end of the excellent exhibit Yvonne Rainer: Dances and Films, which is at the Getty till Oct 12. Her work also recently enjoyed a retrospective in London’s Raven Row.

• On October 11, Fall for Dance presents a pre-show DanceTalk titled “The Last Seismic Shift: How Did Judson Dance Theater Choreographers Challenge Modern Dance?” Panelists are Lucinda Childs, Yvonne Rainer, and Diane Madden of the Trisha Brown Dance Company. (The companies of both Lucinda Childs and Trisha Brown are performing in Fall for Dance.) Lucky me, I am moderating it. 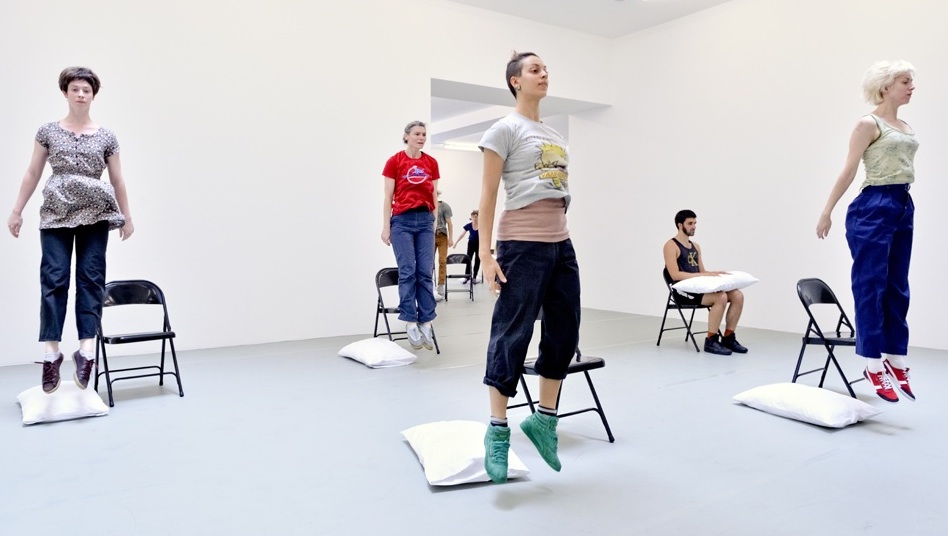 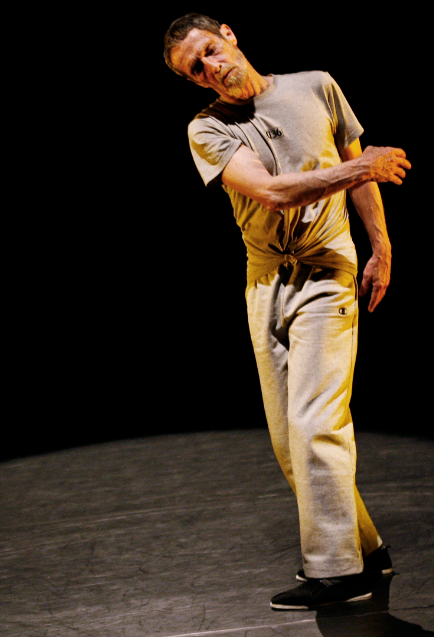 • “Steve Paxton: Selected Works” at Dia: Beacon Oct 17–26 offers a rare chance to see four of his most uncompromising pieces. The program includes the absurdist Flat from 1964, the dance with the one action of its title, Smiling of 1969; the surreal ordeal of Bound (1982), performed by Jurij Konjar; and The Beast from 2010. When he premiered this last piece in 2010, I wrote, “A daunting, awesome stubbornness takes over and he seems possessed.” This program continues Dia’s commitment to showing Paxton’s work. Last year Dia: Chelsea presented the Night Stand, the spare, haiku-like collaboration between Paxton and Lisa Nelson. (I posted my thoughts about it here.) On the subject of Paxton in the 60s, there is no better voice than that of his compatriot, Yvonne Rainer, as reflected in her tribute to him last spring. For full information, click here.

• Anna Halprin’s ground-breaking workshops of the period are the subject of an exhibit in Chicago called “Experiments in Environment: The Halprin Workshops, 1966–1971.” You can see that Halprin’s teaching was a precursor to the current craze for site-specific work. The exhibit resides at the Graham Foundation in Chicago until December 13. 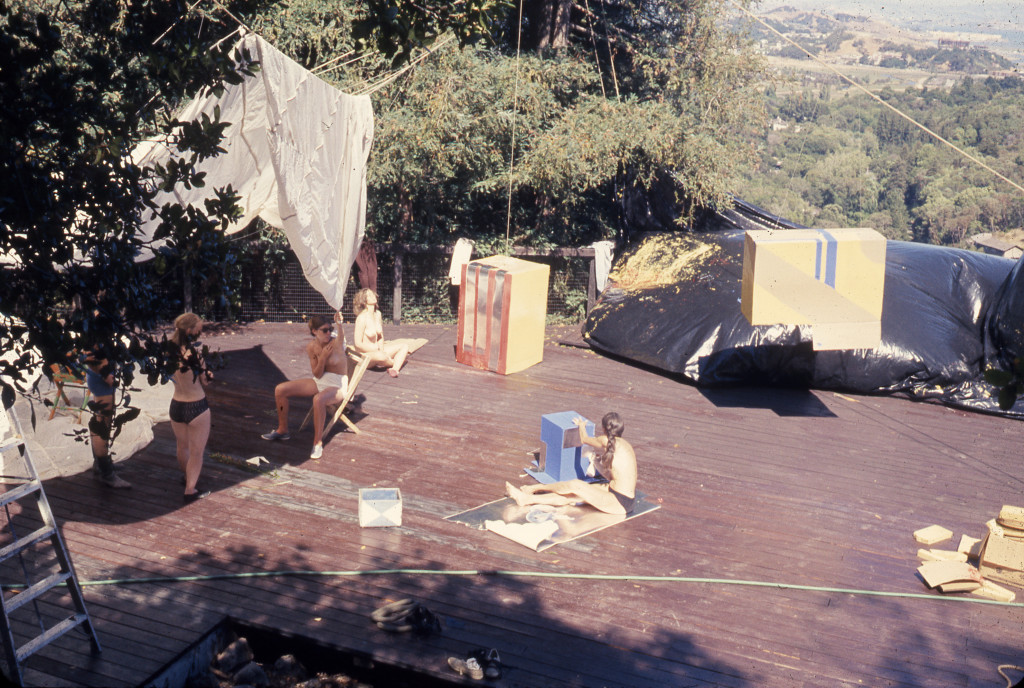