Dancers Responding to AIDS always puts on a beautiful show at Fire Island, made even more stunning with the bay as backdrop. This year, three of today’s most charismatic dance stars will be on hand: Marcelo Gomes, Desmond Richardson, and Sara Mearns. 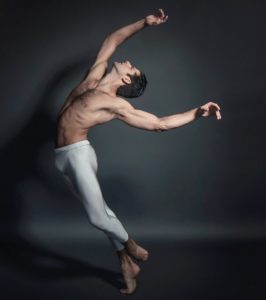 Marcelo will be dancing the balcony pas de deux of MacMillan’s Romeo and Juliet with Luciana Paris, but he’ll also be premiering a new work that he choreographed for Complexions Contemporary Ballet. I’ve found his previous choreographic efforts to have musicality, humor, and inventiveness, so I am looking forward to this new one. In this Quick Q&A, he talks about what inspires him as a choreographer. 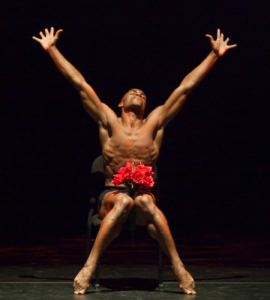 The eternally fantastic Desmond Richardson, who is now appearing in After Midnight, performed at the first Fire Island Festival in 1995, so it’s fitting that he’s returning for the 20th anniversary. He will be dancing Moonlight by Dwight Rhoden. As chance would have it, Complexions, co-led by Richardson and Rhoden, is also celebrating its 20th year.

Sara Mearns has been dancing a ton of roles at New York City Ballet as well as doing outside gigs. For this festival she’ll dance with eight guys in a new piece by Josh Bergasse, who choreographed for the TV show Smash.

Also on the program will be Ailey II in a section of Revelations, Troy Schumacher’s BalletCollective in a new work, MOMIX, and other groups. July 18–20. Tickets are expensive, but it’s all for a good cause. For more info, click here or call 212.840.0770, ext. 268.

1 person likes this June 26, 2014 Wendy PerronAround the Country Uncategorized what to see Leave a comment