Known for formal rigor spiked with moments of surreal humor, John Jasperse premieres a new work called Within between. Curiosity is what drives his choreography, for example, What happens (as in Canyon) if someone inside a traveling box lays town masking tape across the floor and walls for the whole performance? Or, what happens (as in Fort Blossom) if two male dancers are nude and two women are covered up? 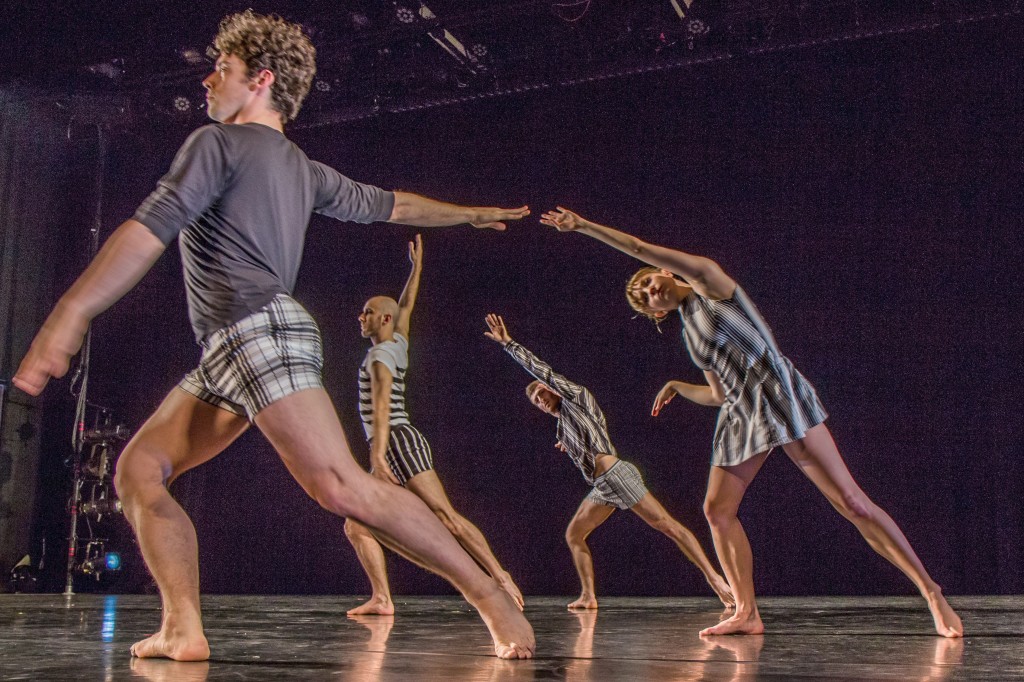 Photo of early version of “Within between” by Lauren Burke, courtesy of American Dance Institute

Don’t expect lovely dance phrases or muscular effort that whips up a visceral momentum. Don’t even expect the patterns of minimalist choreography. Do expect some sort of paradox. This new dance plays with states of “belonging versus exclusion.” According to the press release, Jasperse is creating a work that is “both mine and not mine.” In my “Quick Q&A” with John last year, he talked about how his perceptions of his own choreography slide around from, say, sexual to medical. He definitely works on that edge of ambiguity where the same action can seem serious one moment and absurd the next. Sometimes the most mundane actions take on an unexpected beauty. In Misuse liable to prosecution, when a prone dancer who held a bottle of water between her knees raised her legs, the light shimmered through the bottle in the most beautiful way.