There is something pleasant about letting your eye and ear rest on a person whose gender is ambiguous. Partly it’s a guessing game, and partly it’s an opportunity to see how inter-related femaleness and maleness are. You can leave the stereotypes behind and just watch one human being’s bundle of contradictions. We all have contradictions, and we all have both female and male attributes. But some of us live on that line between male and female more precariously than others. 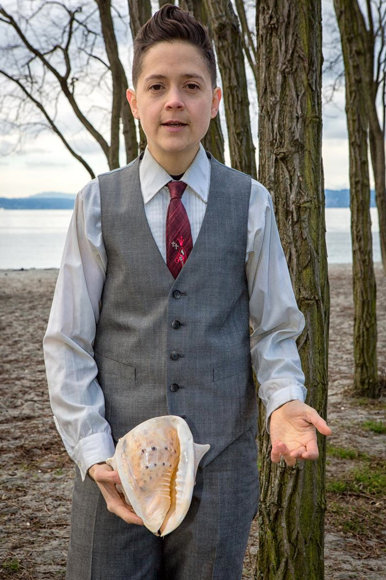 I felt this kind of tingly pleasure watching Ilvs (pronounced Elvis) Strauss’ solo Manifesto in June at Seattle’s On the Boards. Boyish, even childish-looking, but with a witty, bemused, feminine voice, Strauss presents a perfectly androgynous look and tone. In the taped monologue, she somehow connects her fascination for the California red sea cucumber (a slimy creature whose excrement is supposedly cleaner than its intake) with her horror of pregnancy. But she needs to be creative, she needs “to make something.” She leaves the space, and when she re-enters, she’s wearing something she’s made—a California red sea cucumber costume. Thus encumbered, she moves to the song “You Make Me Feel Like a Natural Woman.” It’s quite ridiculous and makes us giggle or guffaw. Maybe this is the ultimate in the current explosion of gender identity. If you’re trying out different genders, why not choose a creature whose biology is already fascinating?

In contrast to Strauss, Amy O’Neal embraces her femaleness. Part b-girl and part pomo choreographer, O’Neal turns butt-shaking into a scholarly investigation. She’s still sexy but also defiant. Switching her focus from female to male in her current work, Opposing Forces, she explores the soft side of the macho swagger of b-boys. 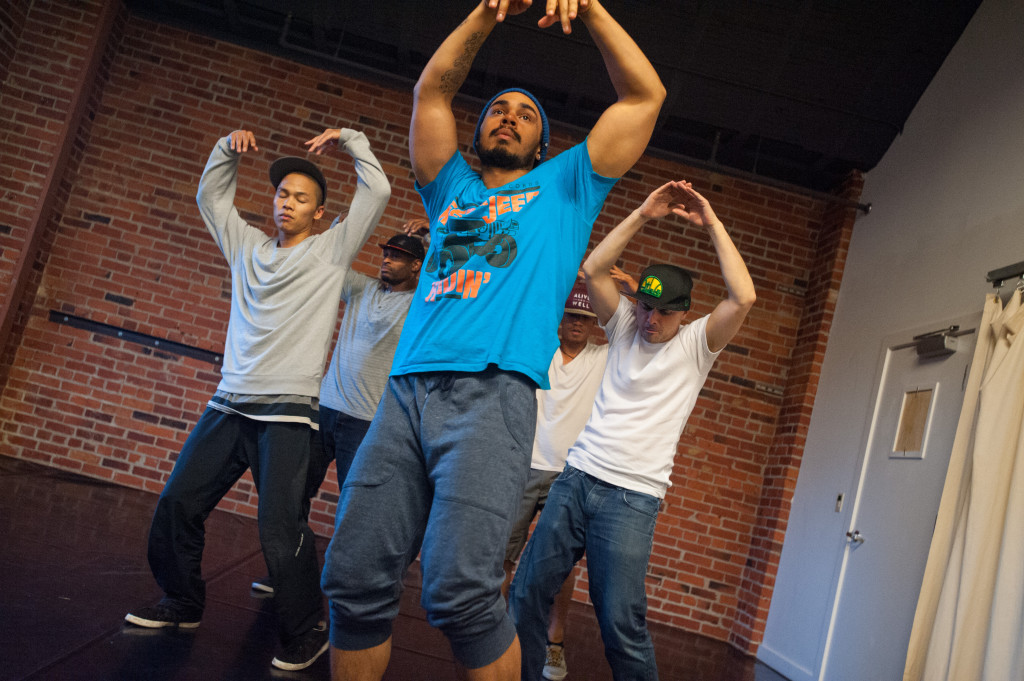 Strauss and O’Neal are among the 17 artists performing in the Seattle Dance Showcase Sept 5–7 at Velocity Dance Center. As chance would have it, some of the other people in the showcase are also taking interesting gender trips.

But…. maybe it’s not just chance. When I asked Tonya Lockyer, the visionary director who is behind Velocity’s recent surge of success, she had a lot to say. 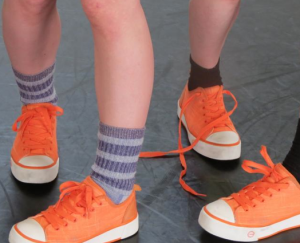 Orange, by Pat Graney, slated for 2015, photo by Tim Summers

“There’s a history of dance artists doing interesting work with a lens toward gender in Seattle,” she said, “where they are subverting audiences’ expectations of gender.” She mentioned two major figurers in the Pacific Northwest: Pat Graney and Mark Morris. Both have been pretty brazen in shaking up gender expectations, opening doors to this kind of experimentation for younger artists. O’Neal, who worked with Graney, talks about her influence in our “Choreography in Focus.”

(By the way, Gina Gibney, who for many years had an all-woman company, has told me that both Graney and Morris were also big influences on her when she was in Seattle.)

Lockyer feels that Velocity has become a kind of home to the new categories of sexual identity. “Velocity is a trans-safe space. When talking to some of the trans in our community, what came up is that it’s a space where they can have a life as a queer person, a trans person.” 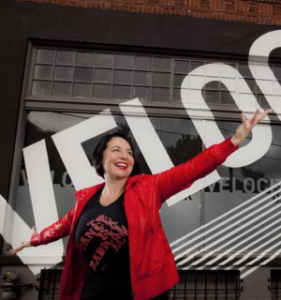 Also, Lockyer points out that Seattle artists are very connected to the city’s indie music scene, the Burlesque scene, and the fashion and design element. As Gigi Berardi wrote in “Seattle Takes Off” in Dance Magazine, dancers often collaborate with artists in other disciplines in this vibrant arts community.

In today’s New York Times Magazine, Taffy Brodesser-Akner writes in “The T Word” that this is a “pivotal moment for transgender people, who are emerging from culture’s margins.” I suppose Velocity is on the margin of popular culture, but it’s in the center of dance culture, and in the center of  Seattle’s gay-friendly Capitol Hill. (Also in Capitol Hill is the arts/social justice Nova High School, where transgender kids are welcome. Plus, Washington State recently legalized same-sex marriage.)

Lockyer says, “I think really what folks are investigating is not just gender identity, but the fluidity of gender identity, sexual orientation and even racial identity and how these things are interconnected.” Because some of the work slated for this showcase reflects that fluidity, I’m including Lockyer’s descriptions here. 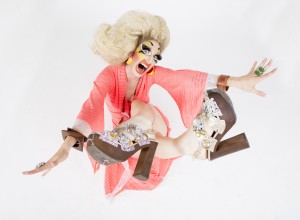 • “Chardonna Shinatra does bio-drag. She’s a biological female female impersonator. She’s exposing how drag queens are constructed by a male gaze, but she’s also a full-throttle postmodern choreographer caught in this gloriously theatrical tragicomedy of trying to figure out who she is in a place where how she’s perceived can change depend on context.” 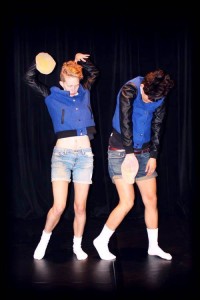 • “The duo Gender Tender are dedicated to resisting any kind of binary. Will Courtney identifies as a white trans man, and Syniva Whitney, a gender-non-conforming mixed-race black person. Often in their work they take binaries as choreographic tools and play with subverting and deconstructing them. Gender Tender has been described as ‘dance meets standup comedy.’ It has that pull-at-your-heartstrings-while-making-you-laugh quality.”

• “In Tahni Holt’s world premiere, Duet Love, she’s trying to challenge how gender is constructed in performance. She’s looking at how audiences have perceived the masculine and feminine and are constantly projecting that onto what’s behind the decisions these dancers are making. She does this with unrelentingly thoughtful nuance, and it’s incredibly beautiful visual theater.” 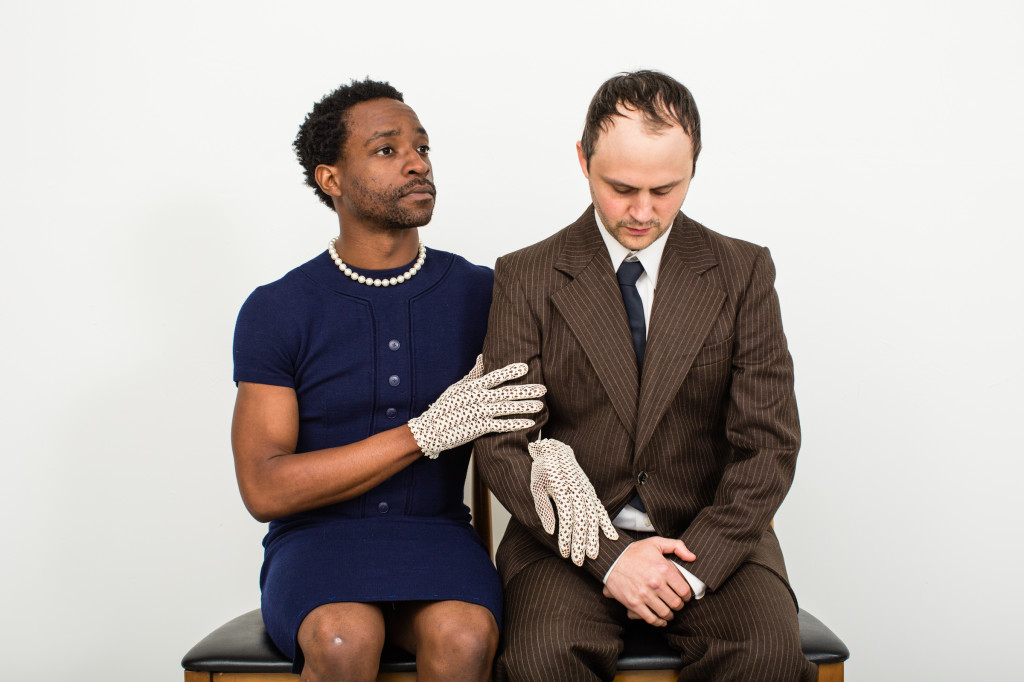 More thoughts from Lockyer: “Seattle artists are upending expectations about gender and maybe releasing some of the energy contained in certain taboos. They are wanting to provoke the sublime or provoke something beautiful. A Seattle artist here, Wynne Greenwood, calls it ‘cultural healing.’ It’s why someone would choose Seattle, where you can have a trans queer life, and you can keep redefining yourself without having to be politicized in that choice. I don’t see the desire to shock in the work. There’s a transgender body but it’s not necessarily about being transgender.”