For a festival that started modestly 33 years ago, the Downtown Dance Festival is bursting at its seams. The fare ranges from established companies like Jennifer Muller/The Works (see Muller’s delightful “Choreography in Focus”) and Lori Belilove’s Isadora Duncan Dance Company, to  new groups like the colorful (and rhythm-ful) Dorrance Dance. 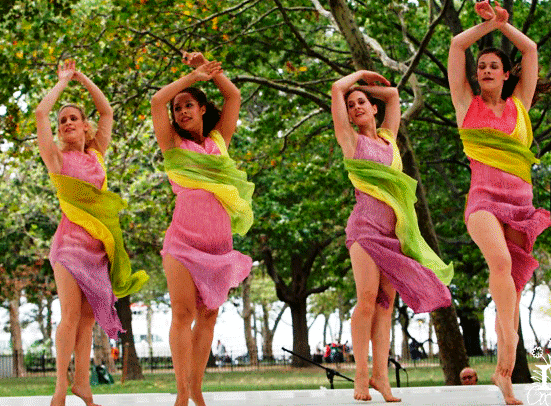 The international fare is also adventurous. Wednesday is devoted to the Erasing Borders dance festival, which includes six dance artists from India, and Thursday brings a premiere by South African choreographer Theo Ndindwa for Battery Dance Company, which hosts the festival.

Add to this a rare U.S. appearance by the new Madrid-based duo Entomo EA & AE. These two crazy guys poke and shudder and tangle in such insect-like ways that you could swear their arms are antennae and their legs are wings. They seem to have caught the rhythms of preying mantises; they could just as easily be mating or fighting to kill—shades of Jerome Robbins’ The Cage. (I was so impressed by them at the Havana festival in 2010 that I wrote them in this post.)