Larissa Saveliev has a special genius for combining new talent with hallowed artistry in a single program. This year the “Stars of Today Meet the Stars of Tomorrow” gala on April 10 brings us Misty Copeland, Sara Lane, Lucia Lacarra, and Matthias Heymann as well as recent winners of this worldwide competition. (And I can tell you, as a YAGP judge in three cities this year, that there was plenty of extraordinary young talent.) It also brings the U.S. debut of Evan McKie, whom I’ve been hankering to see dance ever since he wrote this beautiful “Why I Dance” in 2008. He’ll be partnering Olga Smirnova, touted as the hottest, purest new principal at the Bolshoi. 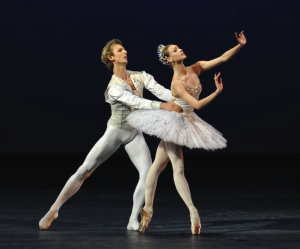 Also from the Bolshoi will be Segei Filin—yes, the artistic director who was nearly blinded when his face was splashed with acid in January 2013. He’ll be interviewed at the Koch Theater at 6:00 on Friday, April 11—by yours truly—right before the 15th-anniversary program. It will certainly be a moment of gravitas to hear him speak out.

The Friday gala presents another cascade of ballet stars including Sara Mearns, Herman Cornejo, Brooklyn Mack, and Daniel Ulbricht, plus two special events. The first is that Ailey’s Alicia Graf Mack and ABT’s Daniil Simkin team up to perform Pas de Duke (1976), the star vehicle that Alvin Ailey created for Baryshnikov and Judith Jamison soon after Baryshnikov defected. The second is a premiere by Justin Peck in which he cast dancers from NYCB as well as from ABT. For tickets click here or the YAGP site. 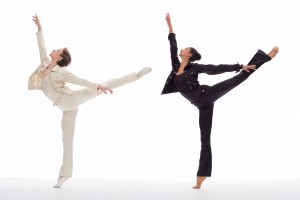